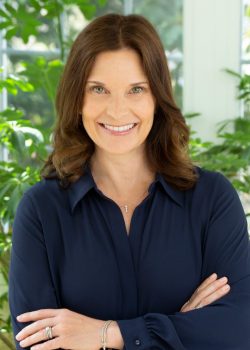 Born and raised in England, Janet trained as a competitive ballroom dancer then moved to the United States in her early twenties. She graduated Magna Cum Laude from the University of Pennsylvania. As an adult, Janet has lived in five countries on three continents and speaks English, Russian, and French. She developed her organizing expertise through her travels, multiple international moves, and work abroad including nine years in Russia and Kazakstan. In 2006, Janet began organizing under “Janet Bernstein Organizers” and built a substantial word-of-month clientele in New York City before relocating in 2008 to the Philadelphia area. As the company quickly grew to include other talented organizers, JB Organizers rebranded  under “The Organizing Professionals®.”
As a professional organizer, Janet combines her passion for helping others with her understanding of how to effectively organize space and systems that benefit each individual.   “I feel incredibly fortunate to do this work,” Janet says enthusiastically. “Whether I’m helping a client find peace of mind in their home or enhancing productivity and profit in businesses, I have the daily privilege of seeing real, positive change in peoples’ lives. That’s incredibly rewarding.”
Janet is a Certified Professional Organizer,* (CPO)® a Golden Circle** member of the National Association of Productivity & Organizing Professionals (NAPO), a member of The National Association of Senior and Specialty Move Managers, and a member of the Institute for Challenging Disorganization. She holds specialist certificates in chronic disorganization and ADHD from the Institute for Challenging Disorganization. Janet was named Philadelphia Magazine’s Best of Philly® 2012 Personal Organizer and Philadelphia Magazine named The Organizing Professionals Best of Philly® Home Organizer in 2015 and 2019. The Organizing Professionals®  was also voted Best of the Main Line in 2019, 2020, 2021 and 2022 by Main Line Today Magazine. Janet has been interviewed for numerous TV, print, and online media outlets including 6ABC, CBS Talk Philly, and the New York Times. She currently serves on the board of The Wardrobe (formerly Career Wardrobe) a local, nonprofit social enterprise with the goal of eliminating clothing insecurity. Janet is available for speaking engagements and workshops.

**Golden Circle membership is designated to NAPO members who have five or more years of professional organizing experience.